Are You An NPC? The NPC Theory Explained

You might have even saw videos on TikTok of a theory called the NPC theory.

The NPC theory is the belief that a lot of people are not really people, but rather they are non-playable characters (NPCs).

This theory has been gaining a lot of traction lately, but what does it really mean? And is it even real?

This term is used to describe characters in video games which exist solely to further the plot and are not controllable by the player.

They usually exist to move the story forward or act as a source of information for the player.

NPCs often have fixed dialogue that doesn’t change, no matter how many times you talk to them.

They just sort of stand there until you move on.

Okay, so what’s the NPC theory?

Now that we know what an NPC is let’s talk about the NPC theory.

Make sure you’re sitting down for this one because things are about to get wild.

The NPC theory is a bit of a fringe conspiracy theory that suggests that many people in the world are actually NPCs.

This theory connects to the simulation theory, which suggests that our reality is actually a simulated reality.

The NPC theory goes one step further and suggests that many people in this reality are not actually conscious beings but instead are sort of like bots or robots.

On the outside, they look like regular humans, but on the inside, they’re empty vessels without any real thoughts or feelings of their own.

They just go through the motions day after day, without any real sense of self or awareness.

How do you spot an NPC in real life?

So now you’re probably wondering how you can spot an NPC in the wild.

Here are some signs that someone might be an NPC, according to the theory:

2. Always agree with the majority.

3. They don’t have any strong opinions of their own.

But it’s actually not as far-fetched as you might think.

There’s a lot of evidence that suggests our reality is actually a simulated reality.

And if that’s the case, then it’s not too much of a stretch to believe that some of the people in this reality are actually NPCs.

Of course, there’s no way to know for sure if the NPC theory is true.

But it’s definitely an interesting idea to think about.

Do you think you might be an NPC? Or do you know anyone who act like they might be one? Let us know in the comments! 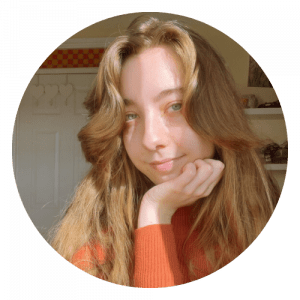